I’m going to be honest here. I’ve never actually had the famous American Mac N’ Cheese. Which isn’t really a weird thing since I’m Dutch and there’s lots of people here that have never had it nor heard of it.

But as someone who has been quite obsessed with the US and its traditional cooking for years, it’s something that I should have tried. At least that’s what I think. Or do any American readers have a different opinion on this?
Anyways, the dish just didn’t appeal to me. I’ve seen photos. There’s cheese and there’s a lot of it. A bit too much and a bit too yellowy for my taste.

Thus, being the innovative recipemaker that I desire to be, I have created my own little version of the classic! Mine uses a lot less cream and cheese (I cannot handle too much dairy), and also incorporates some vegetables! Great ones might I add, Brussels sprouts are one of my favourite veggies. Also, I used whole wheat penne which ofcourse changes the texture of the dish quite a bit.

Basically I just used the foundations of the traditional recipe and adapted it to my own preferences. 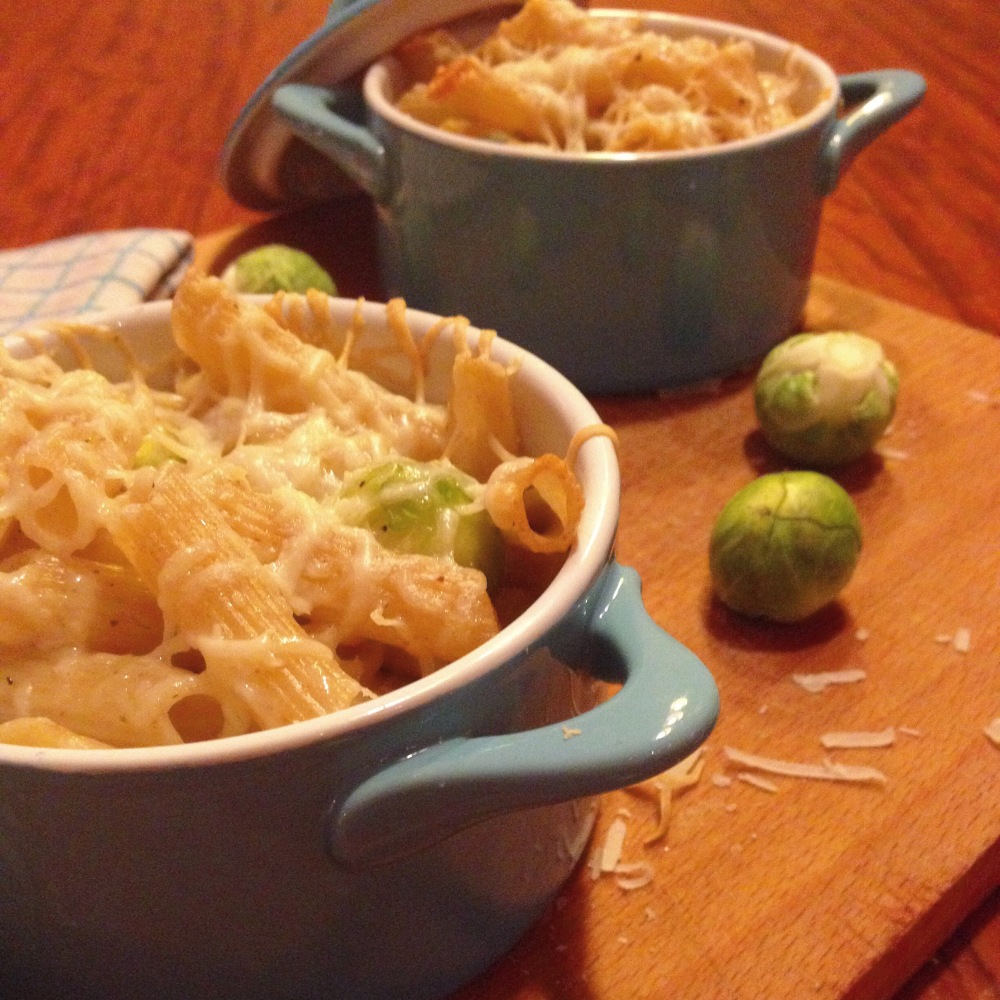 Might I say, I really like my preferences. The Pecorino adds the perfect hearty and salty flavour which goes so well with the softness of the penne and the bitterness of the sprouts. You could easily switch this dish up by adding pine nuts or bacon for example!

This will most definitely be one of my recurring dinners!