Ever since the dawn of time, the Dutch have boiled their Brussels sprouts. What people especially loved to do, is boil them into oblivion so you were left with a foul smelling green mush. Not great. I am fortunate enough to have two parents who know how to boil them to perfection so unlike many Dutch children I’ve loved them since I could eat. But what else is new?

Fun fact though, in The Netherlands we actually never call them Brussels sprouts, we call them “spruitjes” which is just a really cute way to say it, at least in my opinion, but possibly quite impossible to pronounce correctly for non-Dutchies. Anyway, I never actually knew that the sprouts were cultivated in Belgium, hence the English name (and the name in every other language as Wikipedia was so kind to point out). 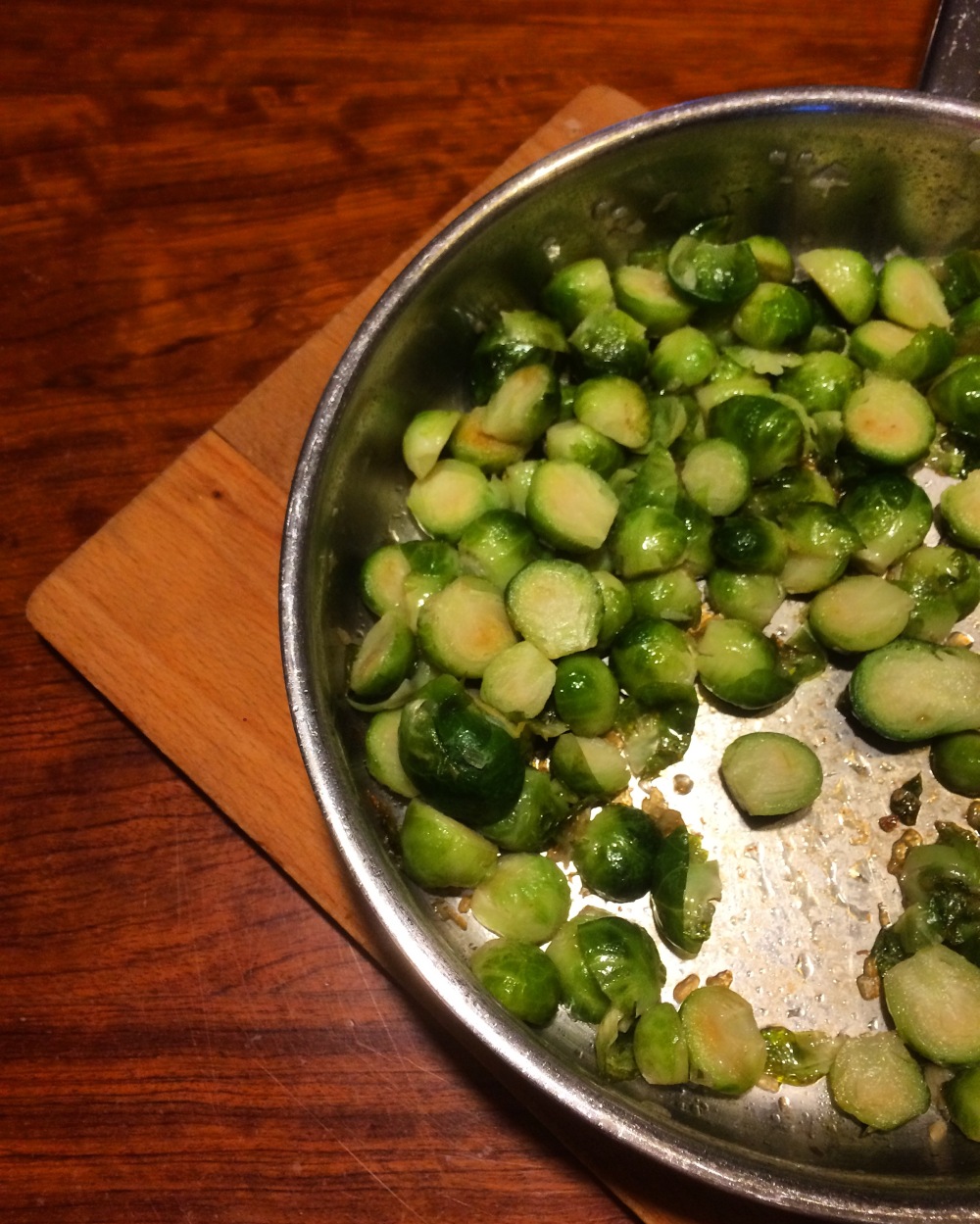 To spice things up in the kitchen I thought why not do something different to sprouts than just the same old boring boiling. So I halved them and roasted them in a pan with simple garlic and shallots. I gotta say, this was a flavour sensation I definitely did not expect. Neither did my parents by the way. These new sprouts will certainly be made more often.  You can add some flavours like bacon or balsamic vinegar to change it up.